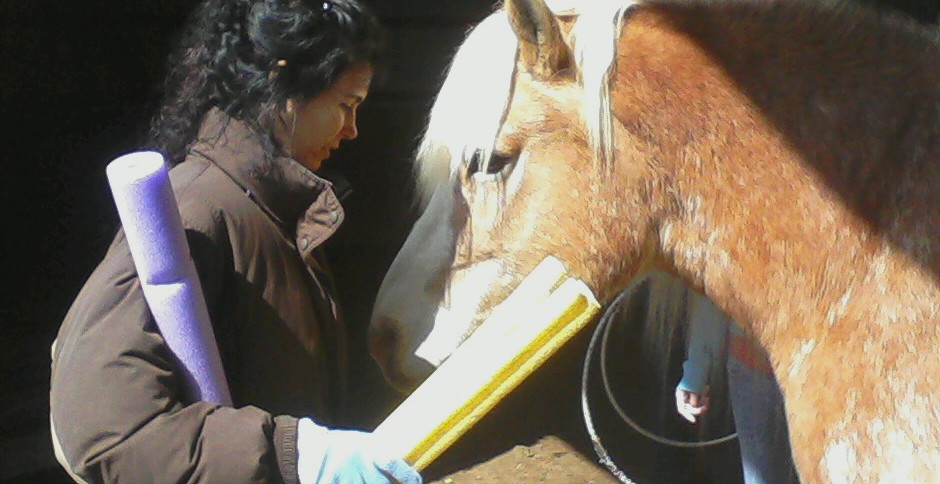 I’m standing in my paddock with my buddies and the humans walk in. Today, they walk in with a little girl human who is talking a LOT. She has a lot of energy and I’m very curious about her. I start to walk over to her, but Boden beats me to it. I let him, since he’s the brave one, checking out all the new things.

Boden sniffs her and makes faces at her, but decides he doesn’t like her fast movements and energy, so he pins his ears and swishes his tail. Then he walks away. He decides she’s a little too much for his liking. When he walks away, I just watch from where I’m standing because if he doesn’t want to hang with her, neither do I. I watch her carefully out of the corner of my eye. She walks up to me and I let her. She starts to touch me and I move away because she’s just got so much energy!

After doing that a few times, the little human starts to do something in the dirt, so I walk over to MY humans and start to nibble on them. I like to get their attention because they might scratch me in the right places or just play with me. I do love to play. They move away from me, so I follow them. This is often a game I play. Then the little girl comes back over and her energy is less than before (and she’s with the big humans) so I let her pet me. She walks away this time and I follow her to see what she’s doing. We just walk around for a while like that and she starts smiling like humans do. She gets more peaceful in her energy, so I’m happy to keep following her.

At some point, she pets me and tries to pet Boden, who still doesn’t want anything to do with her, and then she leaves. I watch the humans go (hoping for a carrot) and then take a nap. 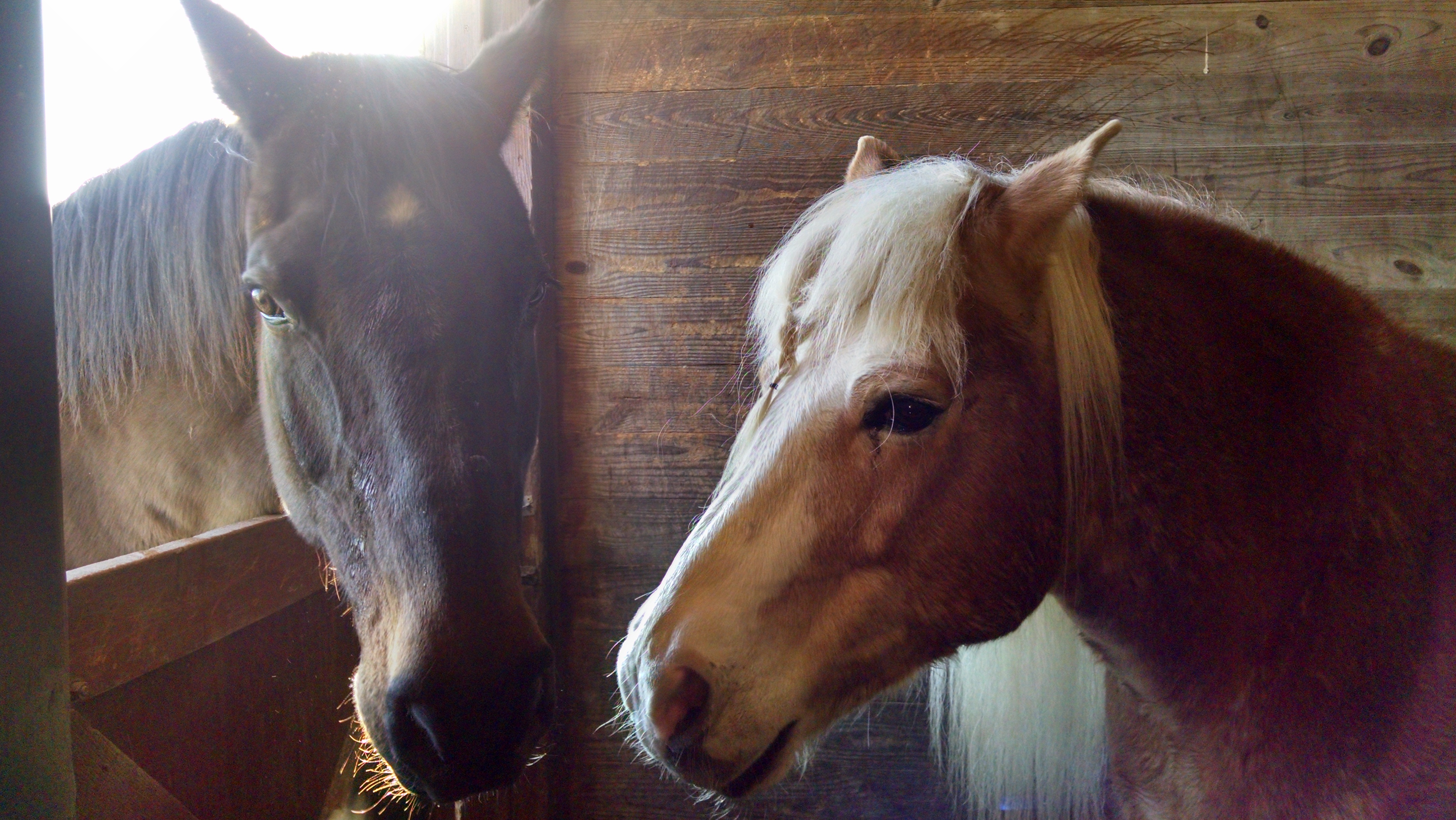 I hear humans asking all the time if horses grieve when we lose a friend. Well, of course we ... 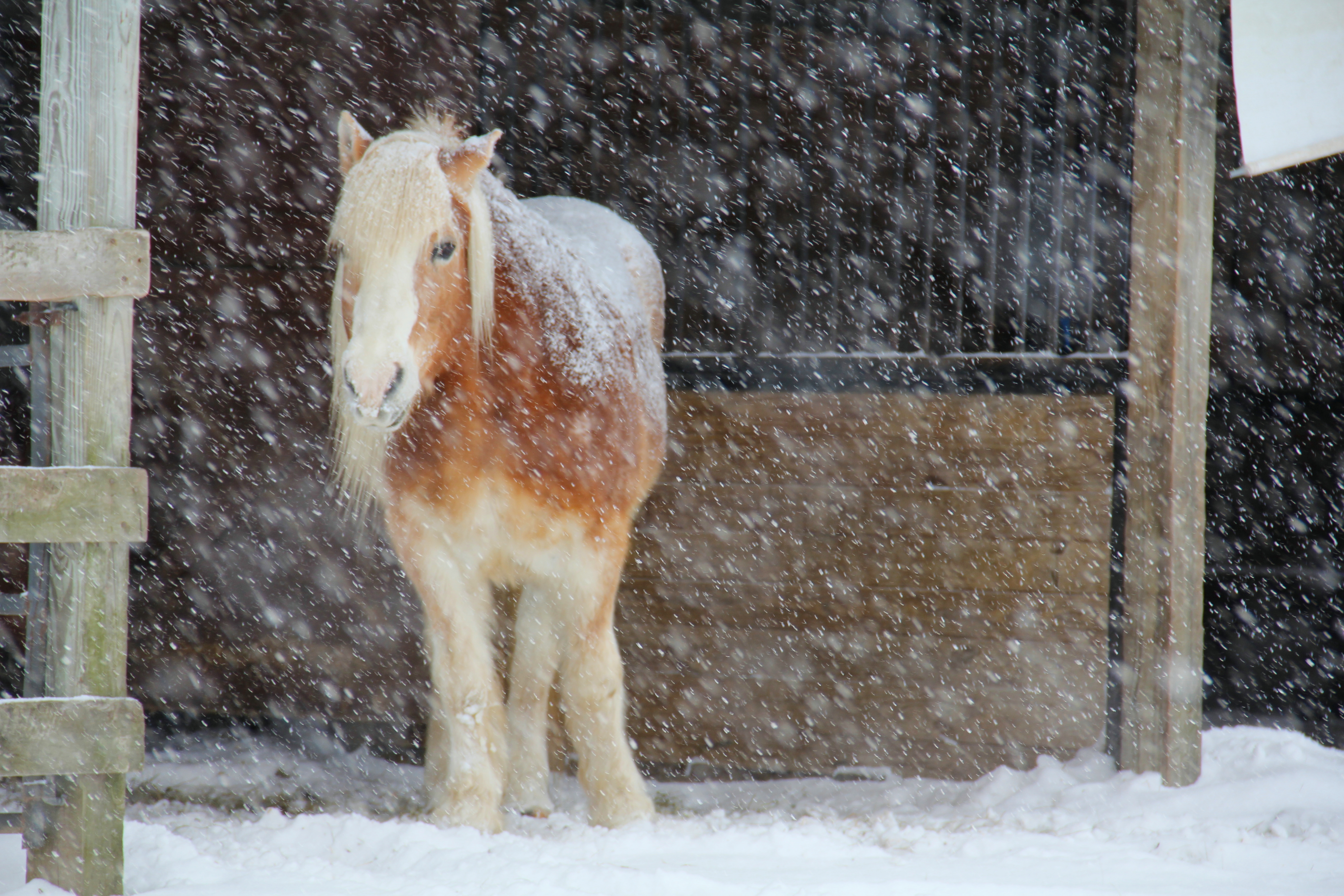 Winter is here! I love winter because I can stay outside longer without hunting around for shade or swatting ... 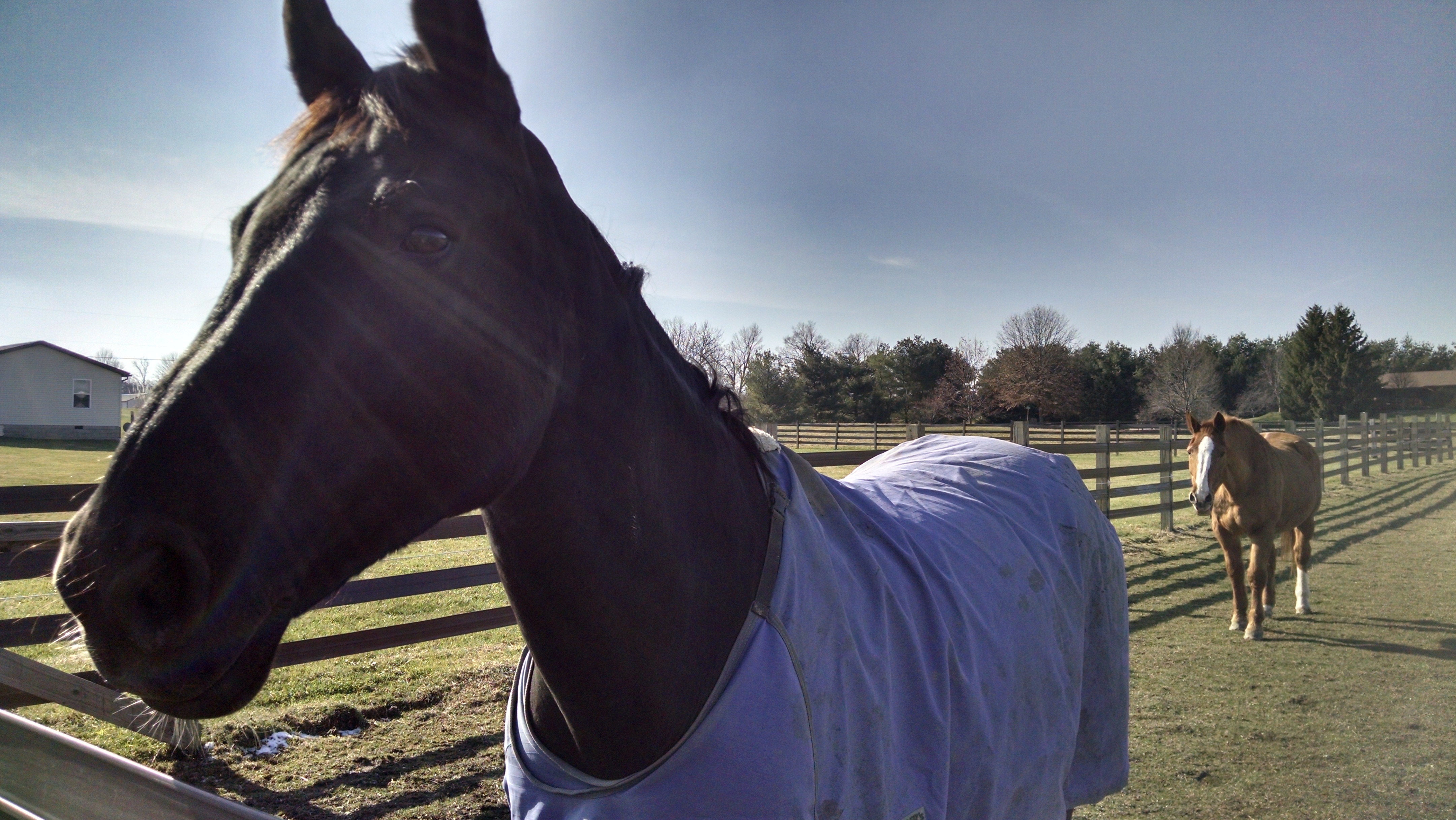 Winter is here!  I love winter. The cold air feels so good, and the snow is especially fun for ...